“The fourth wall isn’t so much broken as shattered”

Sometimes the power and excitement of a show begin long before you take your seat, and remain with you for several days after. For Jury Play, a detailed email briefing is circulated in advance of the performance/court appearance, creating intrigue into what the evening will entail: it’s worth saying at this point that this is in no way like your standard trip to the theatre. The excitement only builds as you go through “security”, enter the (optional) ballot to become a jury member, and start to leaf through your court information pack while taking in Emily James’s impressive and sizeable courtroom set.

Yet what, on the surface, appears to be conceived as an interactive courtroom drama, where the prosecution and defence present facts about a given crime and a resolution is reached by the audience/jury, what Jury Play peels away at is what effect the trial process has on individual members of the jury, specifically for trials that last for weeks.

At various points during the trial, voiceovers expressing jury members’ thoughts are overlaid with the action, which include worries about getting children to school, paying bills, what specific legal terms mean, and even staying awake. Snippets of video conversation between writers Dr Jenny Scott and Ben Harrison about the performance also add a pleasingly Brecthian feel and help break up some of the monotony of the trial itself. So far, so so. Everything changes in Act ii, however, when the formal trial is over and the power lies in the jury’s hands. I won’t give away all the spoilers, but I shall simply reveal that organised chaos ensues, and the meat of the piece really comes out as an intelligent, human, and common sense discussion into the way we conduct trials.

When it comes to the performance it is John Betts as Judge who commands the show, and with his hilarious doddery asides and sensitive chairing of the discussion in the second half of the piece, you feel like you’re in his space, and he decides at any given point how comfortable anyone is to feel. Helen Mackay is also excellent as the conscious “everyman” figure Janis, who just wants to do her duty, and the cast as a whole make the performance very accessible: the fourth wall isn’t so much broken as shattered, with a piece of it distributed to each and every person in the room.

For me, though perhaps a reflection on the subject matter it discusses, Scott and Harrison’s script is too laboured and lengthy at points – missing some crucial details to aid comprehension in the first half, and dragging out its point in the second. The ending, while interesting and fitting stylistically with the piece, also feels like a bit of a cop-out and rather abrupt – as if the ideas just ran out at that point and there was nowhere else to go.

Overall this is a fascinating insight into the legal system, what it’s like to be a jury member, and how seemingly unfit for purpose the whole setup is – especially for people like me who have very little knowledge of its intricacies. Jury Play is absolutely worth taking part in, if there’s any room left in the public gallery. 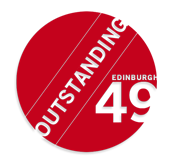